Annapurna Base Camp is one of the most memorable viewpoints in Nepal. This trek gets you into the high mountains in a relatively short time without the extreme
altitudes of the Everest region. Taking us up to Annapurna Base Camp, aka ‘Throne of the Gods’ or the ‘Annapurna Sanctuary’, we are girdled by the majestic peaks of the range. The south face rears itself high up above us. Moreover, some of the more visible routes up its sheer southern face can be traced from the ground.

First, the trek takes us to Poon Hill for one of the most spectacular sunrise views in Nepal. After that, we trek across to the gates of the Sanctuary. This is a narrow valley which ascends through a variety of scenery including terraced farmland, rhododendron and dwarf bamboo forests to the higher alpine pastures. We have time to explore the base camp area before returning to Pokhara.

In the popular areas where there are many lodges to choose from, we like to support the local people by sleeping in lodges rather than carrying in an independent camp. In Kathmandu, we stay in a centrally located hotel (B&B).
February to April and October to December

What is included in the price?

What is not included in the price?

This site uses Akismet to reduce spam. Learn how your comment data is processed.

Nature and Heritage of Caucasus 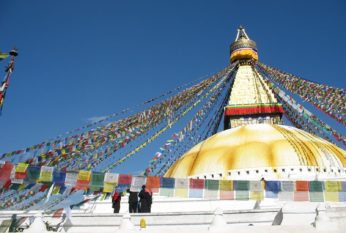 An Introduction to Nepal