An Introductory Study Trip to Japan An Introductory Study Trip to Japan

With a plan to introduce Japan as a new destination to our guests, we recently conducted a study tour in Japan. With a focus on offer more unique experience in Japan.

We zeroed down on Kyushu Island, for a number of reasons:

We started the trip on 26th Oct Saturday. A direct flight from London Heathrow with Japan Airlines took us to the capital Tokyo arriving on Sunday.  Then a quick transfer and a short flight from the South Terminal to Oita. Oita is a relatively small city considering the likes of Tokyo and Kyoto with about 500,000 inhabitants. Oita is located in a mountainous region on the banks of Beppu Bay. We were to stay in JR Kyushu hotel, a chain owned by Japanese Railways. This is conveniently located close to stations and this particular hotel has a roof top Onsen (hot spring) with some great views across the city. On Monday morning, after a brief meet-up with our local guide (who is well versed in English) and getting familiarised with local areas we headed to Usuki to visit the Stone Buddha Sculptures. We did notice some local tourist groups but it was clear not many westerners come this way. After this we headed for lunch closer to Usuki city Hashimotoya a traditional Japanese restaurant where the house ladies are dressed in beautiful Kimono and serve you various courses of Japanese Sea food one after the other.

This was followed by a visit to Inazumi limestone caves.  These are underwater caves formed by limestone, followed by visit to Harajiri waterfalls. Though they are not very big but still picturesque close to hills on a clear day sun setting behind was a beautiful sight.

We finished the day with a visit to Takeda city, a small city in the hills, and stayed in a highly Traditional Ryokan which was part of the castle. The family who own the house were fantastic, having tastefully decorated rooms with traditional futon beds and tatami mats all prepared for us while we were having dinner. There was also an onsen just incise and we did use them. In the rooms we also had Yukata (more casual form of Kimono) which we wore for the dinner. again served with many dishes. 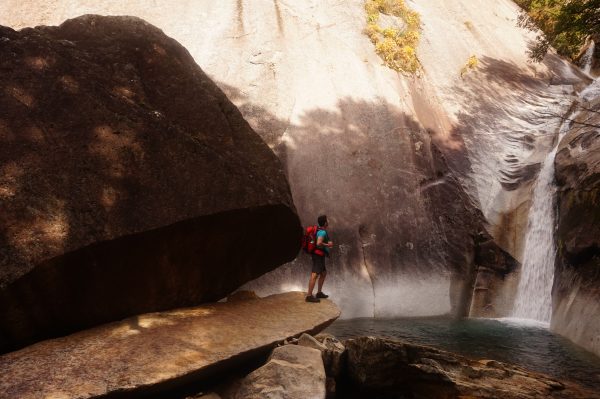 A rainy night but still warm inside, we started the day with lovely views across the hills and a hearty Japanese breakfast. We then headed to pick up some lunch and drove to the start of the day’s hike in the Sobo Katamuki and Okue biosphere reserve. At the end of the hike, we were rewarded with a waterfall and stopped for lunch. Our guide did some chestnuts on a portable stove and hot tea which was great. The trek itself was nice though the surface was bit wet from rains the previous night. After around 4-5 hours we headed to a local onsen for a hot spring and bath. Much needed rejuvenating after all the walking! Then to Nobeoka city for an overnight stay in a hotel. That night we had dinner at a traditional Japanese pub and chose to eat Chicken Nanban (fish n chips equivalent). Today we stayed at En City hotel in Nobeoka. A bit more for business travellers but was a comfortable overnight stay for our journey in between. After breakfast we picked up some lunch from a local super market and then drove to another trek to Mount Hokadake. This was another up and down trek but again came with rewarding views and a great lunch stop at a waterfall. We finished the day by heading to Takachiho town (in Miyazaki prefecture) famous for its Gorge and Shinto shrine. The hotel here was quite chic and the staff amazing. There was also a traditional dance show this evening and a walk around the shrine which should be nice if the weather is good. This night we stayed at Solest Takachiho Hotel. 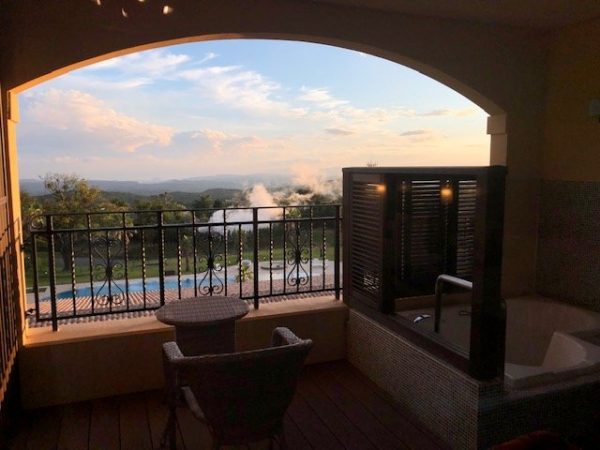 Leaving the Miyazaki prefecture we headed south, through some great highway dug through tunnels reaching close to Kagoshima. Just near the Kagoshima airport we visited the Barrel Valley Praha – a great brewery and with nice history and a restaurant. Then into the hills to Kirishima which has got some brilliant onsen and views of Mt. Sakurajima. We stayed at La vista Kirishima with on-site Onsets and private Onsens in each room on the balcony. Just wow! We also visited the Kirishima shrine before heading to our rooms. An early walk to Mt Takachihomine located in the Miyazaki prefecture but accessible only by foot from Kagoshima prefecture. It’s not an erupting volcano but some areas around the crater are prohibited. This is a mountainous region and nearby peaks are formed by other such volcanoes. On a clear day views from the top of the Kagoshima bay and Mt Sakurajima are beautiful with the volcano’s spewing ash.  After the trek we took a short express train ride to Kagoshima city. This is a big city in the region and has a history associated with the revolt of the Samurai’s against the Meiji Imperial government – part of which is depicted in the ‘Last Samurai’ movie. There are beautiful gardens in the castle close to the city centre and bay area. There are ferries that can take one to the volcano base and a lot of people still live on the volcanic island.

Another early morning as we left the hills of Kirishima and headed to Kagoshima airport. It’s always great to see how well organised the Japanese are. A lot of people at airport but very efficiently managed. An hour and half flight took us back to Tokyo and then a 12 hour flight to arrive in London by mid-day.

Overall this was an exciting adventure seeing the many sights Japan has to offer and definitely an authentic trip we would love to continue to offer. 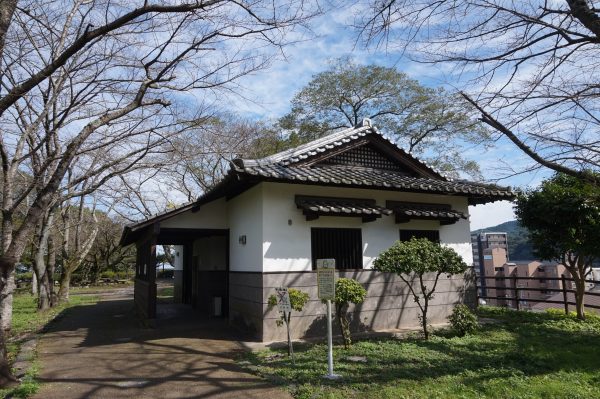 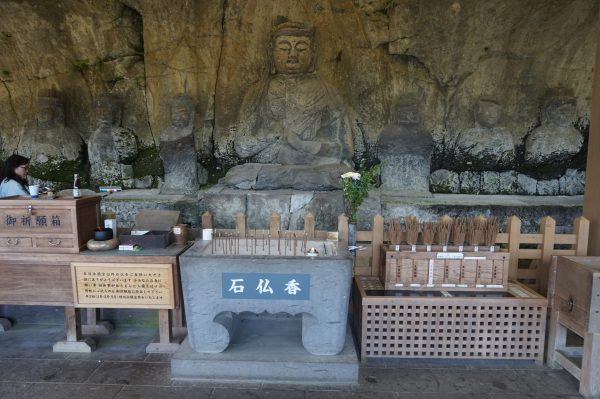